Join our webinar on thursday, October 27, on mycotoxin risk management

One of the challenges in mycotoxin management is that the importance of the different mycotoxins changes over time. The relevance of some of the well-known mycotoxins is going down, whereas new mycotoxins emerge. During the webinar, “Multi-pronged Approach to Mycotoxin Risk Management in Dairy Cows”, Professor Antonio Gallo, Associate Professor in Animal Nutrition, Università Cattolica del Sacro Cuore, Italy, will present his views on the impact of Fusarium produced mycotoxins on the performance of dairy cows. He will also elaborate on recent research performed at the University on strategies to mitigate the effects of Fusarium and other mycotoxins.

The problems caused by the different mycotoxins can vary enormously between various mycotoxins. Secondly, moulds can be present without producing significant amounts of mycotoxins. Dr. Swamy Haladi, Programme Manager Mycotoxin Risk Management will provide practical information on how to work out which mycotoxins are present and to what extend they are likely to cause problems. Next to that, mitigation strategies will be discussed. He will focus on what should be taken into account to identify if mycotoxins are impacting feed quality and/or dairy cow performance.

Dr. Haladi is Global Programme Manager for the Mycotoxin Risk Management Programme for Selko Feed Additives. He obtained his Bachelor and Master degrees in veterinary science in India, and then moved to Canada to obtain his PhD in animal and poultry science. During studies and career, he continued to gain more interest and knowledge in the area of mycotoxins, especially the global challenges around this topic.

He published various articles in both peer-reviewed journals as well as industry magazines and he truly understands the global challenge of mycotoxins. He also developed practical limits for mycotoxins in various species. 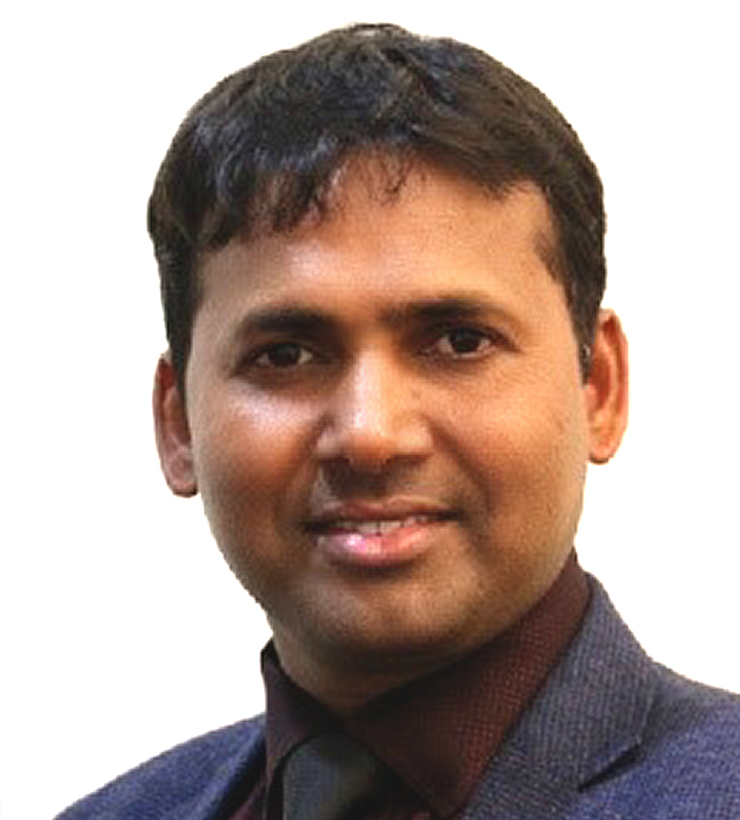 Professor Antonio Gallo graduated at the Università Cattolica del Sacro Cuore (UCSC) of Piacenza with a Bachelor of Science in Agricultural Sciences and Technology. On February 18th, 2008 he received a Ph.D. degree in Animal and Nutrition Sciences from the UCSC of Piacenza. He defended a thesis entitled “Aflatoxins absorption and excretion dynamics in dairy cows: technical strategies to reduce metabolites carry over in milk”. Between February 2008 and February 2010, he obtained a research fellowship on Animal Nutrition at ISAN of UCSC.

From March 2009 to February 2013, he was full time Researcher at ISAN of UCSC. From February 2013 to 2016, he was a Post-doc at ISAN of UCSC. From April 2016, he was a Researcher in Animal Nutrition at Università Cattolica del Sacro Cuore (UCSC) of Piacenza, Italy. From Febrary 2021, he is Associate Professor in Animal Nutrition.

His main research topics regard nutrition science, feed&food evaluation, feed & food safety and modeling digestive and metabolic processes in animals. In 2019 and 2020, he has been included in the World's Top 2% Scientists list of Stanford University. 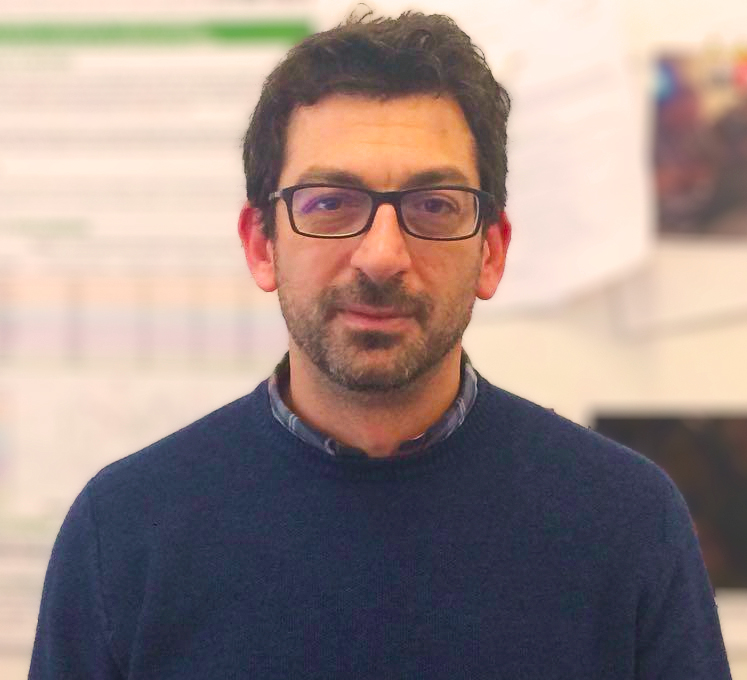 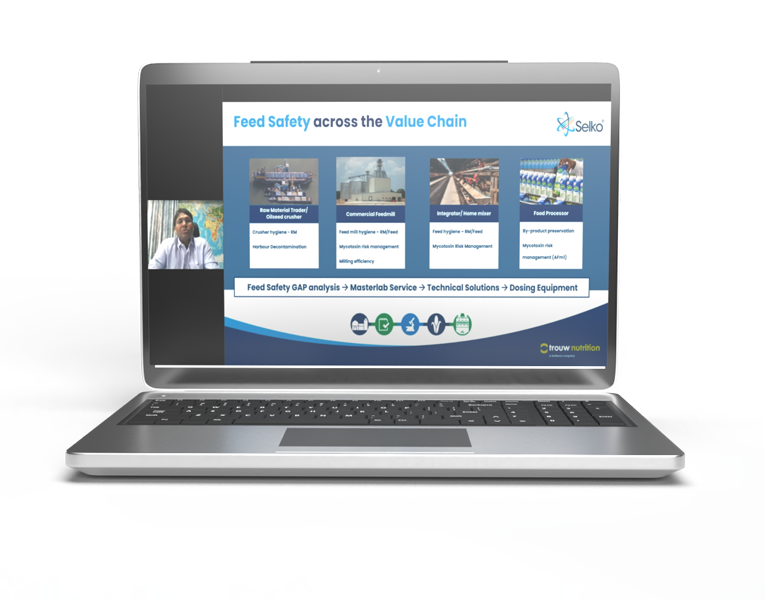 Duration: 1 hour and 15 minutes
Start times: 9am and 4pm CEST

We have just sent you an email with further details about the event.

Check out some of our earlier webinars... 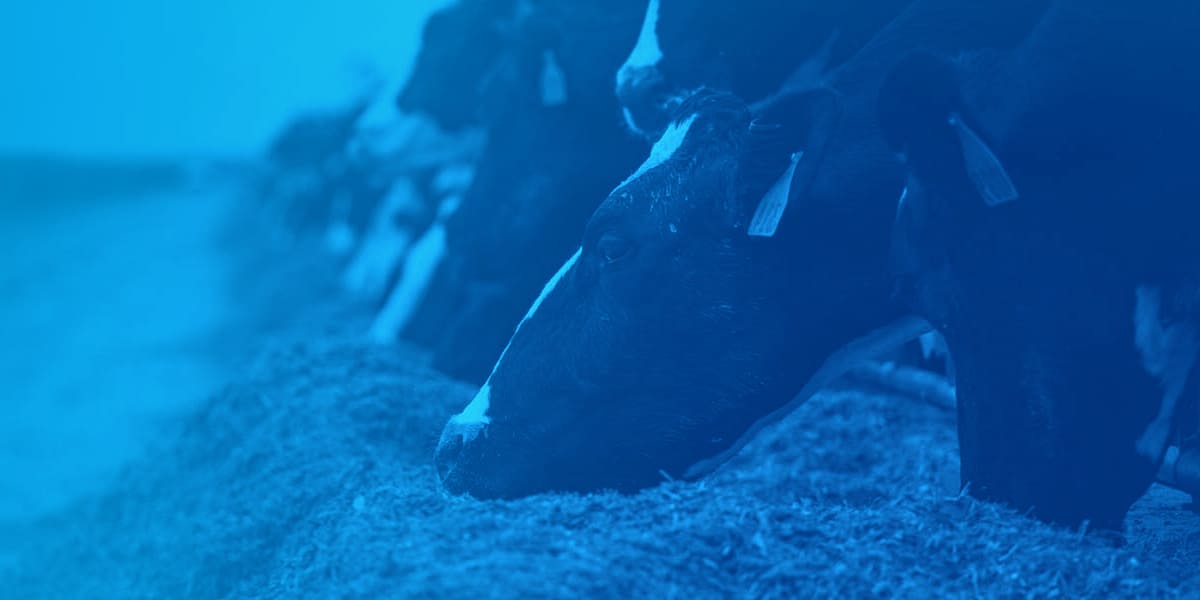 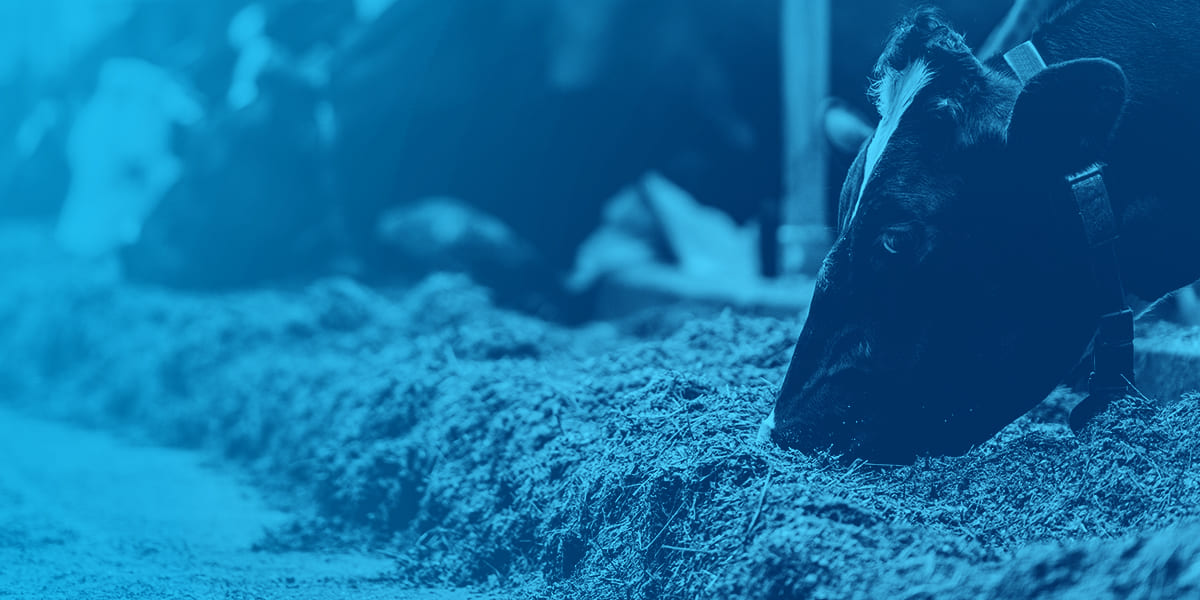 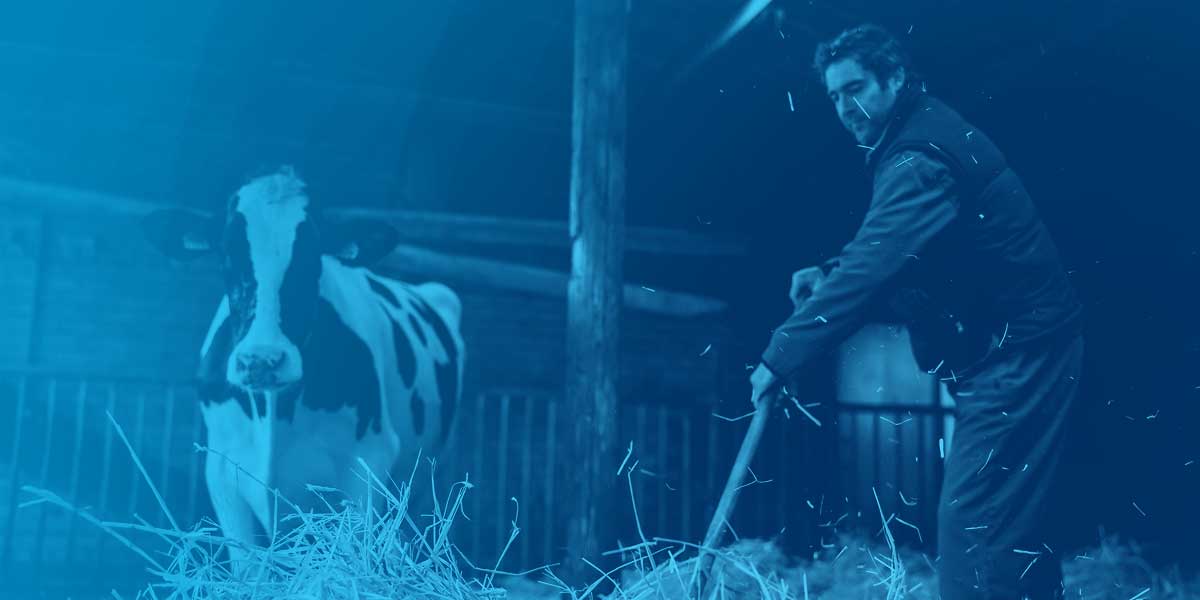 A trial showed that feeding IntelliBond hydroxy trace minerals instead of sulphates improved rumen health, and increased NDF digestibility, production of volatile fatty acids and production of milk in dairy cows, resulting in an increase of feed efficiency. 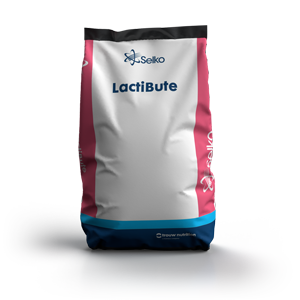 Adding Selko LactiBute to the ratio increases milk production while increasing fat and protein levels at the same time. This results in an increase of Energy Corrected Milk of 0.85-1 kg per head per day. 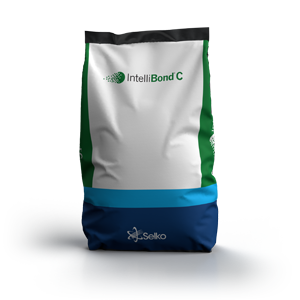 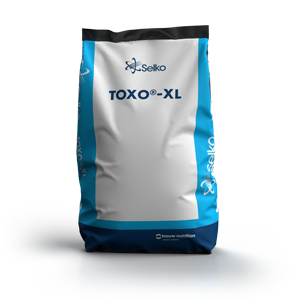 Selko TOXO® is a mycotoxin mitigation product that contains bentonite, which has strong binding capacity for aflatoxins, ergot toxines and LPS, in combination with glucose biopolymers which maintain gut tight junctions to reduce the translocation of mycotoxins into blood stream. Selko TOXO-XL® combines this with purified β-glucans that improve the immune function of dairy cows. 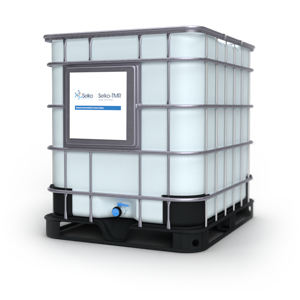 Selko TMR® is a blend of organic acids that reduces the growth of yeasts, moulds and bacteria such as Enterobacteriaceae like Salmonella. As a result of the reduction in growth of micro-organisms, increases in temperature of the TMR are delayed by at least 6 hours in silages treated with Selko-TMR, resulting in a higher dry matter intake. 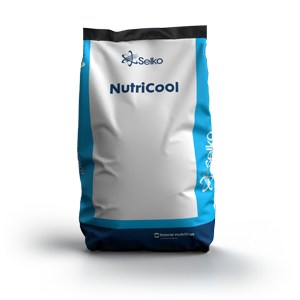 Even the best heat stress control programme cannot always fully prevent problems with heat stress in dairy cows. Supplementation with Selko NutriCool can help to avoid a drop in dry matter intake and loss of milk production as a result of heat stress. 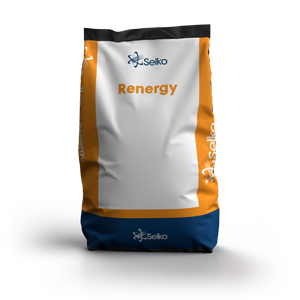 Selko Renergy® is a blend of organic acids that modifies rumen fermentation by increasing propionate production. Propionate is a key source of energy for ruminants and is also the most efficient volatile fatty acid (VFA) produced in the rumen. More energy from propionate in the rumen increases production efficiency.

The costs of the feed ration account for approximately 60% of all the variable costs involved in milk production of dairy cows.

The video of this webinar will soon be available. 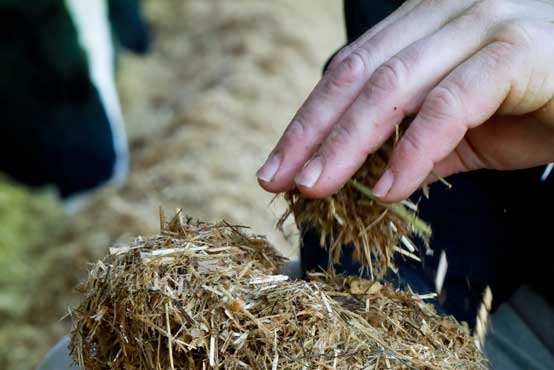 Watch the impact of heat stress on dairy cows during a normal summer day in the South West of England.

The impact of heat stress on dairy cows can be tremendous. This video shows what can happen to cattle on a normal summer day in the South West of England when the temperature increases to 20 °C! If you want to find out if cows in your area also at risk, and what you can do in case of heat stress then join the CRV/HealthyLife webinar.

Our specialist on this topic... 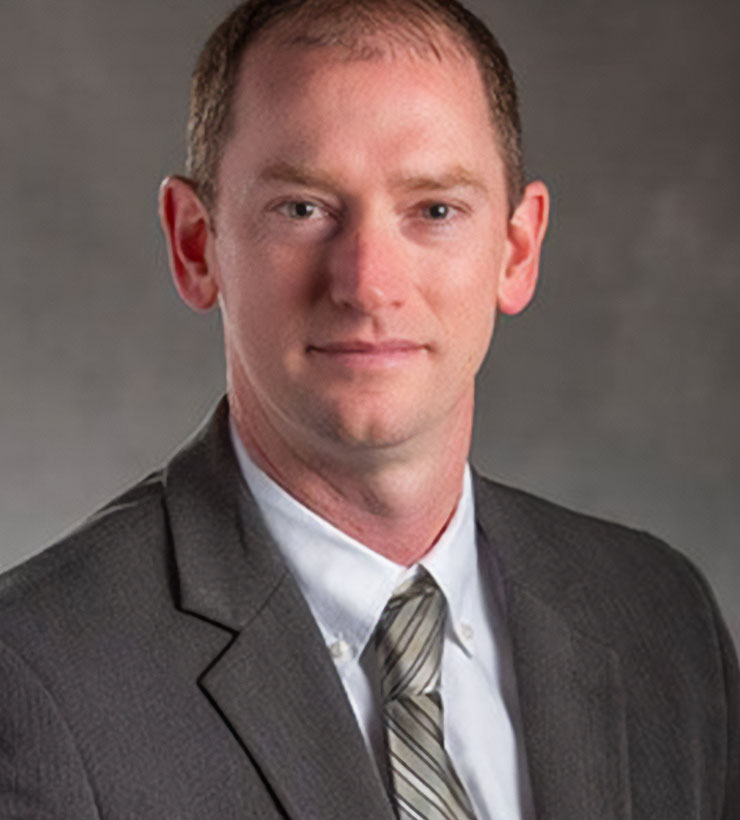 Dr. Bradford’s research focuses on dairy cattle nutrition and metabolism, with a particular emphasis on attempting to translate novel findings in fundamental metabolic physiology to practical applications in animal agriculture. 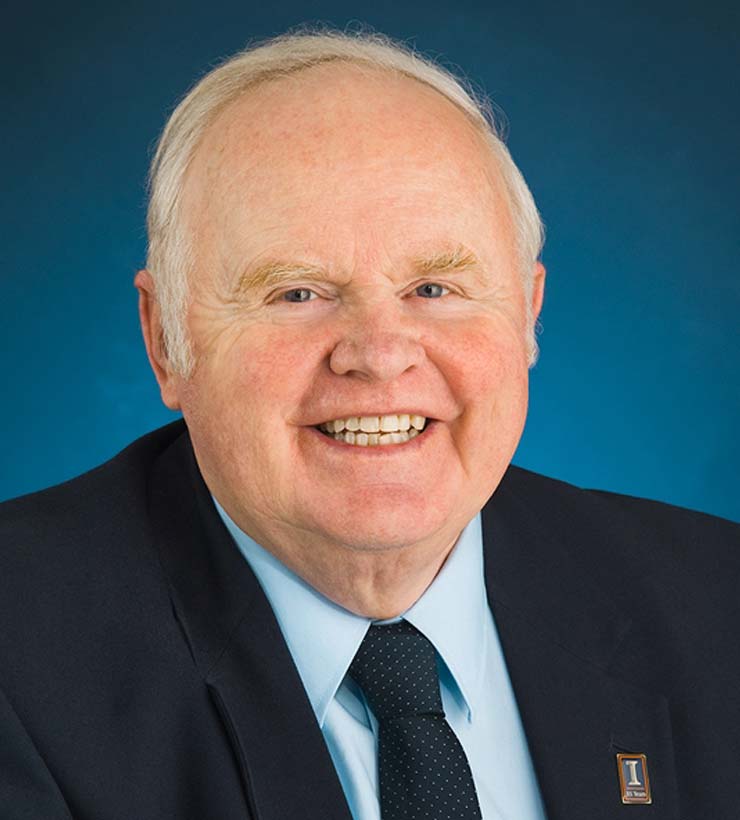 Mike Hutjens was raised grade Holstein farm near Green Bay, Wisconsin. His bachelor, masters, and Ph.D. degrees were awarded from the University of Wisconsin, Madison.

From 1971 to 1979, Dr. Hutjens was extension dairy specialist at the University of Minnesota where he coached the national champion team in 1978 at the World Dairy Expo. Since 1979, he has been a member of the University of Illinois Animal Sciences Departments as extension dairy specialist. He speaks at 60 to 70 meetings at conferences in 46 states, 17 foreign countries, and nine Canadian provinces. Mike writes feed columns for Hoard's Dairyman, Progressive Dairyman, and hosts the Hoard’s Dairy monthly webinars.

Mike resides in Savoy, IL, with his wife, Carol and five children and seven grandchildren. Mike served six years in the U.S. Army Reserve and retired from the University of Illinois on Dec 31, 2010.

This webinar has ended

Subscribe to the HealthyLife newsletter or any of the downloads and we will inform you when the video of this webinar is available.

We have just sent you an email with further details about the event.

Please provide us with your email address and we will send you an email with the key to join the webinar.

We have just sent you an email to confirm your request. The email contains a link to the webinar.

HealthyLife science is always on the move. Make sure you stay connected!

At Selko, we are committed to put our scientific insights to work in order to achieve sustainable dairy farming for farmers who are looking to transform their milk production processes and meet 3 critical demands: reducing the environmental footprint, ensuring animal welfare and create an optimal financial performance.

Subscribe to our quarterly updates and we'll keep you informed about trial results, latest scientific insights and new legislative demands on environment and sustainability, specifically for the dairy industry

Thank you for joining, you are almost set...

Great to have you on board. We have just send you an email with a link to confirm your subscription. Once you have confirmed your subscription via this email your registration will be complete.

*You can unsubscribe from our marketing lists at any time via the unsubscribe link at the bottom of our emails. For information about our privacy policy and general terms and agreements, you can click on the appropriate links in the footer of our website.

Check out some of our earlier webinars...

A trial showed that feeding IntelliBond hydroxy trace minerals instead of sulphates improved rumen health, and increased NDF digestibility, production of volatile fatty acids and production of milk in dairy cows, resulting in an increase of feed efficiency.